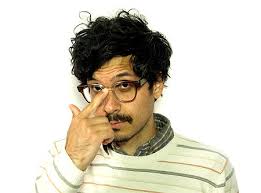 WHY? – The Water You Walk

Slim Twig – All This Wanting