If the cover art for this mix isn’t a dead giveaway, Cribshitter‘s Diaper Daniels has a penchant for the ridiculous. When I saw Diaper Daniels and company play earlier this year, the band was sporting traditional Bethlehem gear in honor of their current release, Methlehem. This afternoon I learned that the band is currently mining material for an upcoming release tentatively called Jizz Hands. Oh my. Despite outwardly profane appearances, Cribshitter is at heart a deeply catchy band with a heart of gold. To witness their mayhem live, click here to purchase tickets to the Shitty Barn’s barn blowout party on October 20th.

If Diaper Daniels looks familiar but you can’t place his face, scratch off that crusty mustache and behold Karl Christenson of our Madison fave Icarus Himself. Straddling two worlds, Christenson made us a “mellow one for a mellow autumn” ranging from the tongue-in-cheek “Your Party” by Ween to the earnest ELO’s “Telephone Line”. Check it out below, and be sure to catch at least one of Christenson’s projects this fall. 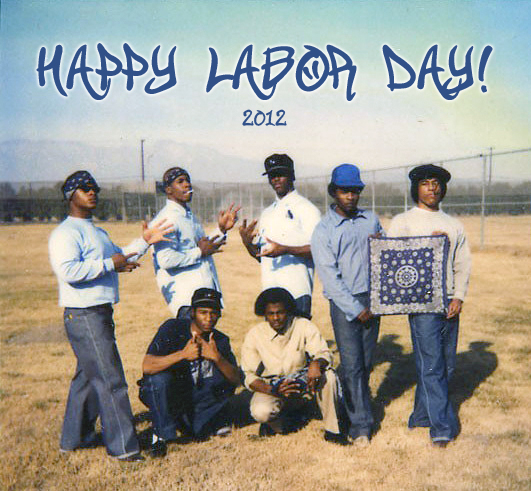 Middle Brother is an amalgam of Americana – the singers of Dawes, Deer Tick, and the Delta Spirit have come together to make some music and take their show on the road. The concept for the Middle Brother tour – featuring Deer Tick and Dawes – is a loosely structured family affair. The Brothers and various guests drifted in and out, lending a hand or a voice to each others’ sets. Matt Vasquez (The Delta Spirit) sang a few songs with John J. McCauley III’s Deer Tick; Taylor Goldsmith & Dawes hosted Nashville’s Jonny Corndawg for a few tunes; a small army invaded the stage for Middle Brother’s set.

The band’s self-titled album is a good primer for their live show. Their best songs on the album are their best songs live, with the live renditions trumping their recorded counterparts in every case but one. The only letdown of the evening came with the best track off Middle Brother, “Someday”. The recorded take captures Vasquez at his finest, his vocals raw and electrified. Placed early in the set, Vasquez hadn’t yet hit his stride and didn’t leave it all on the floor like the song so desperately needs him to.

“Someday” may have left the crowd wanting, but they didn’t have to wait for long. Goldsmith, McCauley, and Vasquez’s voices blend incredibly well, and their harmonies were impeccable. “Blood and Guts” plays wonderfully live, and “Million Dollar Bill” hits all its sadness at its fullest to become one of the best songs of the set.  After closing out their set with the song “Middle Brother” with Jonny Corndawg, the band and possibly every person associated with the tour came back for the encore, giving things an old-school blues jam feel. The gang chose to cover Sam Cooke’s “Bring It On Home to Me“, and it was the surprise highlight of the evening. They did it so successfully that they should consider pulling double-duty sets; one with original material and one as a Sam Cooke cover band.