Everything about this song and video from Desperate Journalist is so delightfully 90s that I can’t tell if it’s due to meticulous crafting or pleasant coincidence. There’s no wink and nod or parody about it, so I’m inclined to think it’s the latter. Either way, I want to lace up some combat boots and sit in a basement rec room, hoping to see “Happening” play on 120 Minutes. 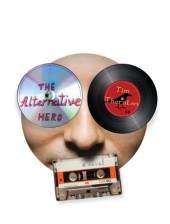